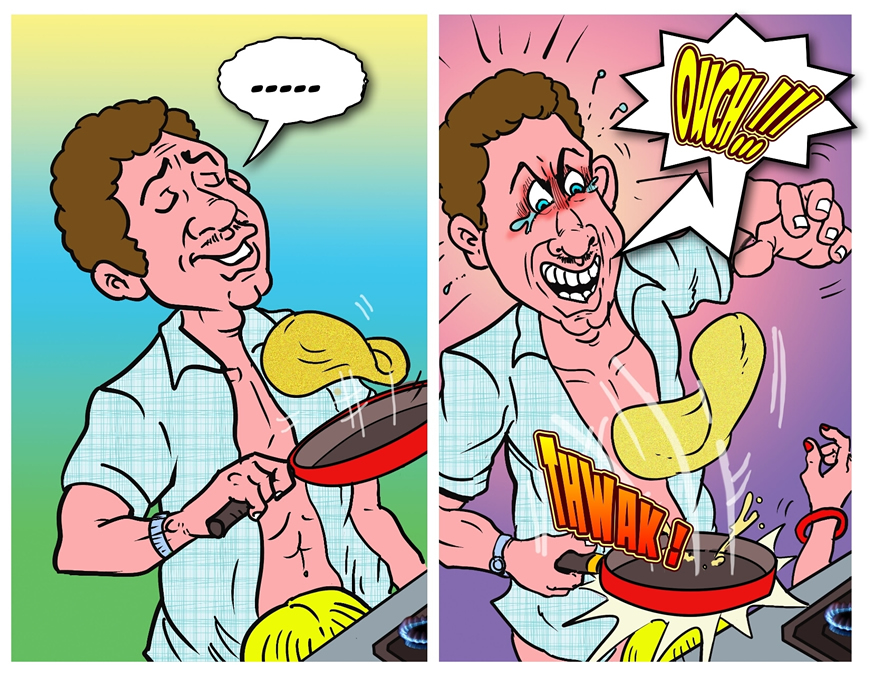 The following is an actual true story that genuinely happened in this world to real human beings:

A women in Romania nearly bite off her husbands penis during oral sex whilst he was making pancakes. Seriously this happened.

It all started innocently enough, the husband decided to make pancakes for tea and no doubt his wife was so grateful of this rare treat that she decided to reward her man with a cheeky oral favour. However, in the heat of the moment he lost his grip on the pan, resulting in boiling oil spilling down her naked back. Naturally she clenched her teeth shut on his willy and in agony he bashed her on the head with the pan.

It was only through 'intense questioning' by hospital doctors in Carioca, Romania that the couple admitted how they received their injuries.

The man needed treatment to his willy, while the wife had burns, two black eyes and a broken cheeky bone.

We are unsure what happened to the pancakes, although we do hate the thought of wasting perfectly good pancakes. Moral of the story? Don't have oral sex in the kitchen.