Justin Bieber has made one hell of a comeback this year, gaining appreciation from a far wider audience than ever before. So it doesn't come as much of a surprise that Madame Tussauds in Las Vegas has recently unveiled their latest addition to be a shirtless wax figure of Justin Bieber as gift for his 22nd birthday.

The new wax figure is said to have taken 20 artists three months to create and is valued at a modest $350,000. The Bieber copy includes more than 50 of Justin's tattoos including the one of his ex Selena Gomez... awks.

Although the wax figure is a spectacle in itself, we can't help but find something about it a bit off... 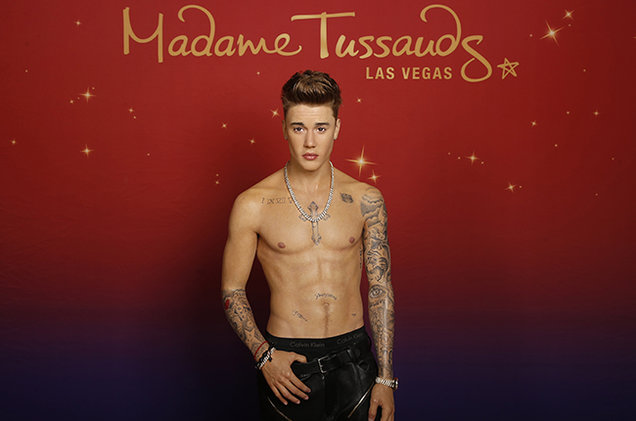 It certainly looks like our dear Justin and I'd be more than happy to eat a cheesecake off those abs any day of the week. There's just something not quite about that face. 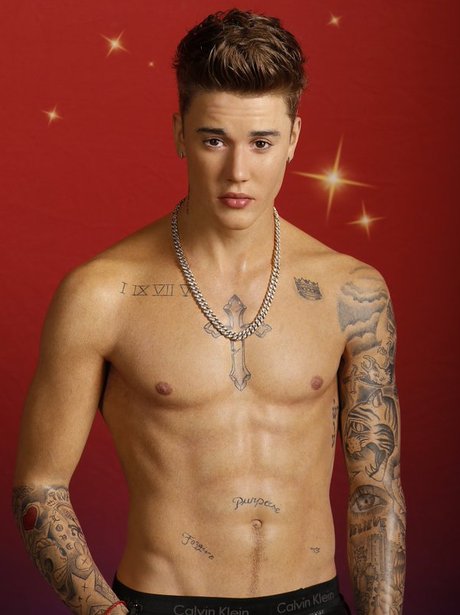 If you cover some of the features they all seem to look right but when you put them all together they just don't quite fit. Maybe the nose is slightly longer than it should be, maybe we're all just naturally drawn to those abs or maybe we're all just a little creeped out by the lifeless face of perfection that's staring into our souls. We still take our hats off to those artists who work on it, if nothing else purely for allowing us to get a little bit closer to our dream of being alone with semi-naked Biebs.