So unless you have been living under a rock or your Infinity Broadband has gone down all week, you would have heard the Natural Environment Research Council or as I like to call them, NERC, had their internet poll hijacked.

NERC held an online competition inviting people to suggest names for their new £200m research vessel, planned for launch in 2019 after construction in Merseyside. The new world class floating lab is set to be the worlds most advance research vessel to operate in subzero temperature - so it's no surprise some of the top names include; "David Attenborough" and "Henry Worsley" – the Antarctic explorer who passed away in January. However, in true internet fashion we couldn't standby and allow such respectable names to stand alone. Suggestions such as "Usain Boat," "Boatamus Prime," "It's bloody cold here," "Ice Ice Baby," and "Notthetitanic," are all hilarious contenders, but the front runner currently standing with over 61,500 votes (over 55,000 in front of the runner-up), suggests our new ship will be named "RSS Boaty McBoatface".

Of course, most of you already knew this and it should come as no surprise to anyone that this isn't the first time internet users have hijacked online polls. Had NERC done a little bit more research they could have foreseen such events. Here are our top 5 hijacked internet competitions.

In 2007 Green Peace tagged a pod of humpbacks whales migrating to the South Pacific in an attempt to keep them from being poached by the Japanese. In an attempt to gain worldwide attention they held an online poll to name the animals. The finalist names included Kaimana (Hawaiian for "power of the ocean") and Shanti (Sanskrit for "tranquility") both lovely names I'm sure you will agree. The winner with 78% of the votes... Mr. Splashy Pants. Whilst this sounds less like a name of a beautiful marine animal and more like a man with uncontrollable dirarrea, no one can argue it isn't mildly amusing. 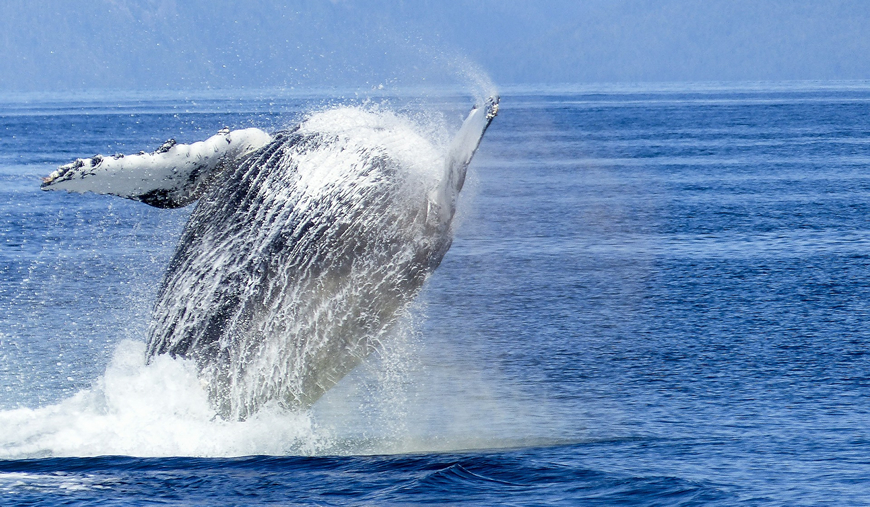 2. Walmart Make Pitball Play A Concert In The Middle Of F*cking Nowhere

No actually, Walmart held an online Facebook competition to stage a Pitbull concert in the city of the Walmart location that received the most likes on Facebook. Thanks to the website Something Awful, a campaign was started to encourage everyone to vote for a Walmart in rural Alaska. As a result, Pitbull honoured his end of the deal and flew out to Alaska to perform a rap concert, literally in the middle of nowhere.

When a pizza place created a green apple flavor of Mountain Dew you can almost imagine the excitement of the Mountain Dew marketing team when some smart ass suggested holding an online poll to determine the name. This seriously backfired when Reddit & 4chan stepped in to populate the list of finalists with names like "Diabeetus," "Fapple," and "Sierra Mist." The top suggestion, earning the most votes by a landslide, was "Hitler Did Nothing Wrong." As you can imagine Mountain Dew weren't impressed and immediately called off the online poll. We don't blame them. 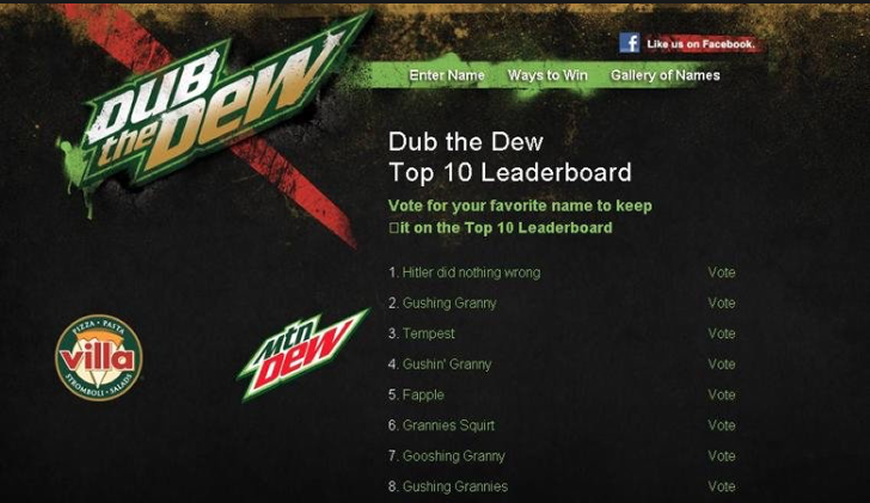 Just because they can, VH1 held a contest to award the school with the most votes a private concert by Taylor Swift. However, just because internet people can, the Horace Mann School for the Deaf quickly took the lead. And in all fairness, that is pretty hilarious.Even though Swifts marketing people quickly removed the school from the contest, Taylor still donated $10,000 to the school and gave every child a ticket to one of her concerts. Err….Taylor…I don't think you got the joke babe. 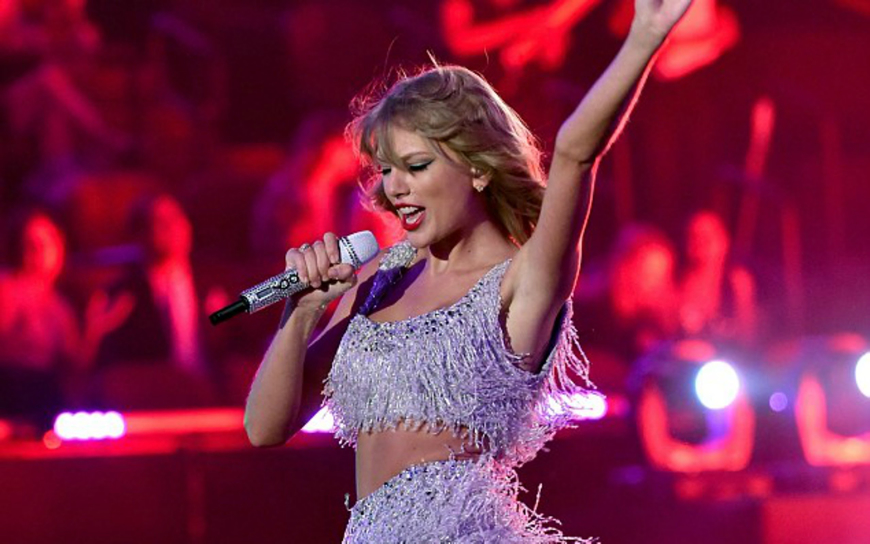 This is probably our favourite internet hijack story. In 2008 the New York Mets' marketing department thought it would be a wise decision to put the team's new eighth inning theme song up for a online fan vote. The problem is, no matter how big of a club you are, there are always more fans on apposing teams.

With over 5 million votes, Rick Astley's "Never Going To Give You Up" blasted through the sound system on opening day. Met fans weren't so happy and immediately began booing.

Here's Rick's song that we all love:

So to all marketing gurus out there, the next time your thinking of being a smart ass suggesting an online voting competition to decide the name of your new product or venue to hold the launch of your new multi-million pound venture - just think, what's the worst that could happen?