The below letter was found dated 17th February 2013, sent from presumably one friend to the other as he (Oliver) suffered the hardship that is University Coursework Deadlines: 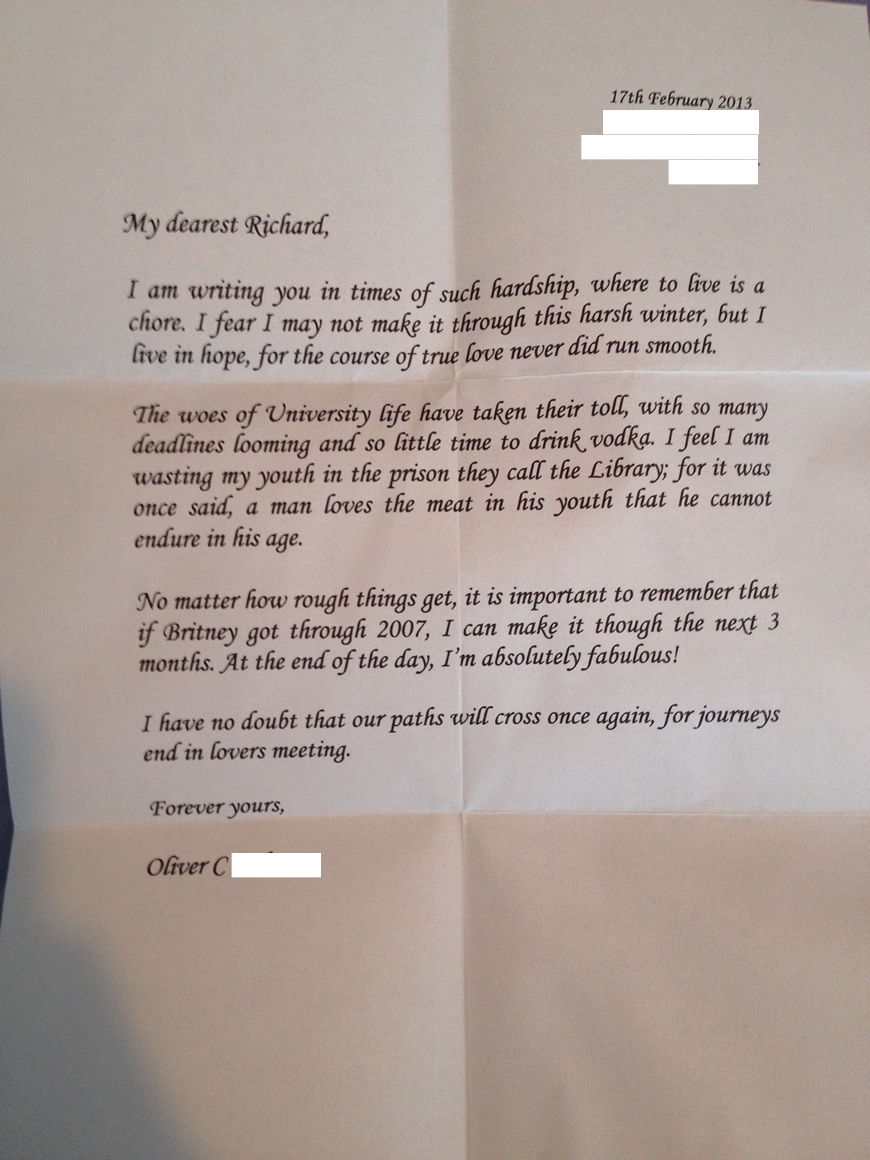 Poor Oliver was clearly going through the various procrastination stages that all university students have to endure during the hours and hours spent in university libraries. The hideously accurate and slightly humorous letter reads:

"My dearest RichardI am writing you in times of such hardship, where to live is a chore. I fear I may not make it through this harsh winter, but I live in hope, for the course of true love never did run smooth.

The woes of University life have taken their toll, with so many deadlines looming and so little time to drink vodka. I feel I am wasting my youth in the prison they call the library; for it was once said, a man loves the meat in his youth that he cannot endure in his age.

No matter how rough things get, it is important to remember that if Britney got through 2007, I can make it through the next 3 months. At the end of the day, I'm absolutely fabulous!

I have no doubt that our paths will cross once again, for journeys end in lovers meeting.

We are not sure if poor Oliver made it to Summer 13 but we sure hope he did. Does anyone else sympothise with the poor guy?