Why You Should Never Play Monopoly 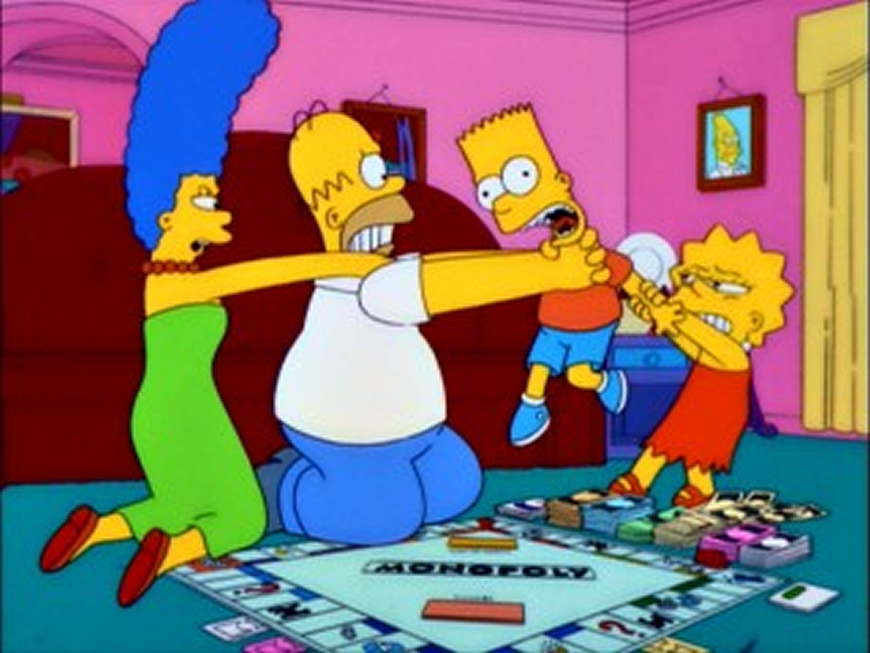 Monopoly has been around since 1935! That's right, the game is turning 80 years old this year, and more than 275 million Monopoly games have been sold so far. The game has been made in more than 40 languages and is sold in over 110 countries. What we want to know is...why?

Who is playing this game? It's certainly not us. In fact, we have a very, very, VERY strict no Monopoly policy around our homes, and we strongly advise that anyone else out there reading this establish a similar policy on the double. Here are some very compelling reasons as to why:

1. The Game Could Last for Days.

Monopoly has to be the longest game ever if you want to see the silly thing through to the bitter end. If you're lucky, you might get done in 5 or 6 hours. If you're not, you could end up playing for 70 days. That's not a joke. It's the ACTUAL longest amount of time that a Monopoly game has lasted. Monopoly has it on their website. It's like they're proud of it. "Play this game...you never know...you may lose more than 2 months of your life! Good luck, fuckers!"

2. Someone Is Going to Overreact.

"It's just a game! It's just a bloody stupid, awful game!" Practice shouting that now, because if you play Monopoly you're going to have to deliver that line forcefully to some member of your family or extended network of friends who somehow thinks that they are actually dealing with real-life real estate. The game will turn an otherwise mild mannered person into a raging arsehole. The best thing that can happen when this occurs is that he or she will overturn the board and you can stop playing. In a bad scenario, there will be two arseholes who will never speak again after the game ends. In the worst scenario, one of them is you, and everyone secretly hates you. As they should…because you are a terrible human being.

3. The Pieces Are Stupid.

What the Hell is the iron for? The thimble? Get the Hell out of here with that. A shoe?! How are you supposed to amass a real estate empire with a shoe. At the very least, you'd need two. Who's going to give a mortgage to someone who can only afford one shoe. Don't even get us started about the top hat. The only good pieces are the race car and the horse. The dog is acceptable. You can forget about getting those though. The moment someone says, "Let's play Monopoly!" three people will instantly shout "CAR!" "HORSE!" "DOG!"

Want to make everyone afraid of you? Shout "Iron!" straight away and then say shyly that you "Like hot things." Later on in the night, strike matches and watch them burn with your mouth open or flicker a lighter menacingly. It will be more enjoyable than playing Monopoly...we guarantee it.

So Happy Birthday, Monopoly man with the monocle, you no good bastard! May you have 80 more years of ruining family game nights, causing parents to keep their children up way passed their bedtimes and leaving best friends vowing never to speak to each other again.